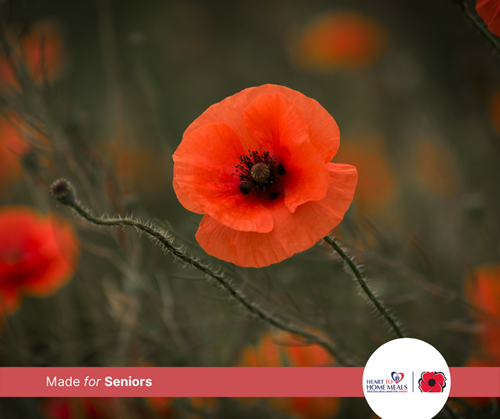 World War One is known as the “Great War” -- but the great in this case refers to the scale, the devastation and the toll it took on the world. With the sole exception of the Second World War, none of the subsequent wars have surpassed WWI for its tragedy and the cost of human life it incurred.

Canada played a major part in this war, and it did so at enormous cost. But our country, and the men and women who served it, played a key part in ending it. This Remembrance Day, when we pause to look back on the war, we can also take a moment to celebrate the contribution of our country and the soldiers who helped restore peace to the world. Here are six significant reasons to remember Canada’s part in WWI:

There may not be many individuals you can point to as examples of Canada’s effort in WWI. Maybe you know of some battles, or innovations, or even political successes. But there’s one name that Canadians and WWI buffs are particularly familiar with -- Billy Bishop.

Lieutenant Colonel William A. Bishop (better known as Billy) was an ace of epic talent in WWI. One of 23,000 Canadian airmen who served in the war, of which over 1,500 gave their lives, Bishop distinguished himself through his prowess in aerial combat, ultimately shooting down 72 enemy aircraft, making him the most successful pilot in the Commonwealth.

If you were to visit Vimy Ridge in the picturesque French countryside today, you would be greeted by a towering monument of white stone, Canada’s National Memorial for WWI, and a testament to the victory achieved at Vimy Ridge.

Considered nearly unassailable, Vimy Ridge had remained in enemy hands for two years before Canadians had a crack at it. Utilizing innovative techniques like the “creeping barrage” where soldiers would advance under the cover of artillery fire, Canadians managed to capture Vimy Ridge in a battle that forever defined our military success.

Of course, even stunning victories like Vimy came at a cost, with 10,000 Canadians reported as casualties when all was said and done. An important reason why we remember this battle solemnly every November 11th.

Even one hundred years later, if you visit the town of Ypres in Belgium, you’re likely to see a number of Canadian flags hung from windows, or proudly displayed on posters. Depending on what time you’re there, you may even hear the Canadian national anthem sung during a special ceremony recognizing Canada’s contribution.

Ypres was the first place where mustard gas, a caustic chemical now banned by the Geneva Convention, was used. Causing skin blistering and lung damage, it had never been seen before by the terrified defenders of Ypres from Belgium, France and Canada. When the gas hit, many soldiers fled their posts to escape the noxious cloud. But Canadians remained, holding their positions and maintaining the defense of Ypres.

Losses were horrible, and the effects of the gas had long-term impacts on the lives of many survivors. But the bravery of the Canadian defenders is still remembered by the people of Ypres to this day.

5. Winning on the Water