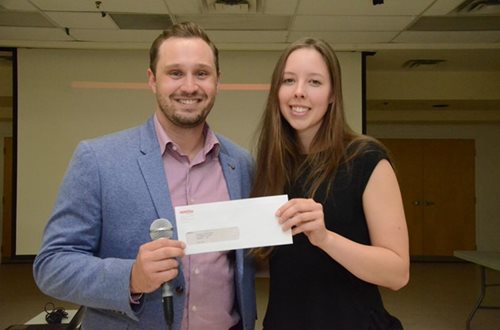 Few “events” these days are not captured on video – from dramatic news coverage to the most mundane chores it seems instinctive, people reach for their phones to film and then post. It appears, the appetite to upload and consume video are never ending.

Most of it, it is fair to say, serves little purpose and is rarely of interest to anyone except the person posting the video.

And yet, this has become an important way people communicate.

For Heart to Home Meals this trend was the genesis for the “Show a Little Heart” competition.

With so much attention given to young people in the media, even if demographically we as a country are getting older, we sought to find the commonality between different generations.

We wanted to ask college and university students to reflect, and then tell us, how a senior had played an influential role in their lives.

A straightforward idea but how easy would it be to capture something that has been going on for years, most likely, in a subliminal way?

The entrants would need to understand the relationship and the essence of what had taken place before being able to distil something so personal into a five-minute video. We knew this would challenge the students and, we hoped, increase the bonds that exist between different generations.

For sure, a tall order. and perhaps a risky enterprise. Would students be able to find ways to tell such personal stories?

Once we had drawn up the competition rules, carried out a publicity blitz and set a deadline, we hoped the video entries would arrive in short order.

It was during this time we experienced a very important lesson, one that that has been passed from generation to generation since the beginning of time: patience is a virtue. While we would have liked to have received the entries at the start of the submission period being students it was about leaving the task until the last minute. And that is what happened – in the final few days the submissions swelled.

The videos came from most parts of Ontario, all offering unique takes on their individual stories.

And as we started our review we realized the judges would be faced with a difficult task because of the range of emotional stories submitted.

Our selection of judges was based on trying to get a variety of voices with different links to the project. We brought together a documentary-maker, a film critic and two people who are involved in groups that help seniors.

The judging process allowed the judges to put the case for their favourites and certainly some opinions did change during the meeting. Overall, three distinct stories emerged as the prize winners. All are different but each adhere to the Benjamin Franklin maxim:

“Tell me and I forget. Teach me and I remember. Involve me and I learn.”

A selection of the videos including the winners are available for viewing, all are worth your time.  CLICK HERE