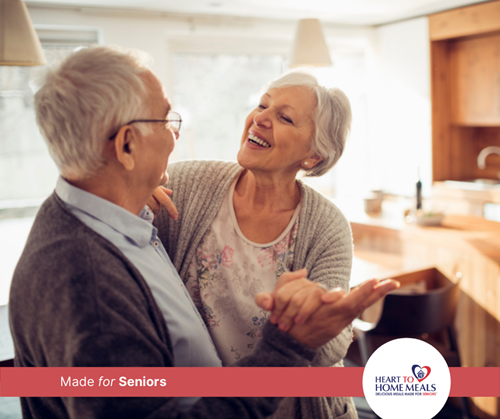 This September marks an important anniversary -- World Alzheimer’s Month celebrates its 10th Anniversary of raising awareness, funds, and challenging the stigmas that surround one of the most devastating illnesses seniors can face. Specifically, September 21st is World Alzheimer’s Day, where Alzheimer’s Disease International will release their annual report. This year’s report deals with diagnosis, and advancements that have been made.

World Alzheimer’s Month is critically important for bringing attention to this kind of dementia and improving care and respect that those living with in need. It also gives people access to the information they need to educate themselves about Alzheimer’s -- an essential step to opening people's eyes to the reality of living with this illness.

There’s a lot of misconceptions about Alzheimer’s Disease, and this can lead to ignorance and stigma. Here are five key aspects about the condition you should be aware of for this year’s World Alzheimer’s month:

1 - If you’re experiencing memory loss, you probably have Alzheimer’s

There is a persistent connection between generalized memory loss and Alzheimer’s Disease. As we get older, memory loss is not uncommon to face (although as we’ve previously written about, there are techniques you can use to help stay sharp.) But this doesn’t always mean you’re experiencing Alzheimer’s or another form of dementia.

Only when memory loss starts to impact your daily life, judgment, and reasoning is it recommended you speak with your doctor about the possibility of Alzheimer’s. It’s a good reminder not to leap to conclusions if you or someone you know is a bit forgetful!

There is a hereditary component to Alzheimer’s, but many people incorrectly assume this is the main factor in who is going to have Alzheimer’s down the road. In fact, according to the Alzheimer Society of Canada (ASC), fewer than 7% of cases are caused by the family-inherited gene that can trigger Alzheimer’s.

Even if you have the gene for the late-onset form of the condition, many people may never develop symptoms. Instead, there are many different genetic components that can cause Alzheimer’s, and science is still learning more about them each year.

Believe it or not, practicing healthy lifestyle habits has a strong correlation with reducing the risk of developing Alzheimer’s, and delaying its onset and severity if it does happen. It might sound too obvious to be true, but eating a healthy diet, keeping a healthy weight, and avoiding smoking and alcohol are all shown to reduce your risk.

Additionally, keeping mentally active and treating your mind like a muscle can prevent the onset of Alzheimer’s and other dementias. Taking up new activities like puzzle solving or even a musical instrument you’ve never played can measurably improve memory and delay or mitigate problems down the road.

There are more than a few red herrings blamed for Alzheimer’s disease, but there’s little to no scientific evidence to back it up. In the 60s and 70s, aluminum was suggested as a potential culprit, including that used in soda cans. Now decades later, the myth still persists even though no evidence has been documented.

A similar misconception is held for aspartame, an artificial sweetener commonly found in sugar-free gum. But since its approval in 1996, and after 100s of laboratory studies, no link has been found between consuming aspartame and an increased risk of Alzheimer’s.

While the majority of Alzheimer’s cases do impact senior citizens, the age range that can be affected is much bigger than  many people realize. Young onset Alzheimer’s can start in people before they’re even retirement age -- as early as the 40s.

On the other side of the same coin, many people think that Alzheimer’s is an inevitable part of aging. But that’s simply not true -- most people do not develop a form of dementia, and as we mentioned early there are many lifestyle changes you can make to reduce your odds.

Alzheimer’s is a very difficult disease that makes life challenging for those who live with it and the loved ones that support them. That’s why World Alzheimer’s Month is so important -- it shines a spotlight of this illness, and hopefully brings attention so that people who live with it don’t experience stigma in addition to their other struggles.

The best way to beat stigma is with information. Learning about how Alzheimer’s works, and knowing the fact from fiction will help you understand and empathize with those who cope with it. You’ll also be able to share with others who may not have had the opportunity to learn yet.