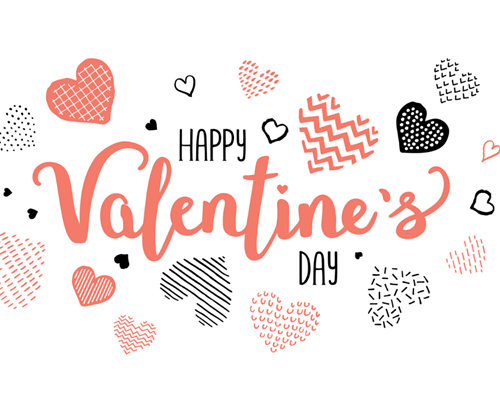 When we think of Valentine’s Day, for many of us, the first thing that comes to mind are the reds, the pinks, the heart shaped boxes and the flowers. And, of course, the copious opportunities for a piece of chocolate or two. At its core, however, is an earnest celebration of one of the most fundamental human experiences — love.

Valentine’s Day originated as the Feast of St. Valentine on February 14th. Valentine was known for his imprisonment by the Romans for illegally marrying Catholic soldiers and their wives in a time where it was dangerous to even identify as a Christian. St. Valentine was eventually martyred for performing these marriages, but before his execution it was said he sent a letter to the daughter of one of his judges, signed “Your Valentine.”

Throughout history, there have been loves that have transcended the era they took place. Around Valentine’s Day, it’s the perfect moment to reflect on these incredible stories and celebrate the couple in love. Here are five love stories that defined their era:

John Adams is remembered as one of the founding fathers of the United States and an important figure in their revolution. His wife, Abigail, was a close confidante and adviser to him, and mother to their five children. They held a deep mutual respect and wrote to each other constantly, with over 1,000 of their letters preserved to this day, giving us an intimate look into their love.

One such letter Abigail wrote included this beautiful message:

…should I draw you the picture of my heart it would be what I hope you would still love though it contained nothing new.  The early possession you obtained there, and the absolute power you have obtained over it, leaves not the smallest space unoccupied.

Their partnership is remembered for more than its political successes for the history defining love they shared for each other.

This may be one couple on the list whose names you’re unfamiliar with, but it’s almost certain you’re familiar with a monument to their love — the Taj Mahal. Shah Jahan was an Indian Emperor in the 17th century, who was famed for many things including his love and proliferation of architecture. He is also well noted for the intense love he shared with his wife, Mumtaz Mahal.

Over the course of their marriage, Mumtaz Mahal bore 14 children with Shah Jahan, tragically passing away during the birth of their 14th child. Completely devastated by the loss of his beloved wife, the Shah Jahan ordered the construction of the world famous Taj Mahal to be her tomb and a monument to his love for Mumtaz.

If it were built today, the marble structure and 17 hectare complex would cost nearly a billion dollars to complete. Although originally planning on building himself a black marble replica on the other side of the river from the Taj Mahal, Shah Jahan died before he could bring that project to life, eventually being interned alongside his beloved Mumtaz.

Undoubtedly Julia Child is best known for her love of French food and her dedication to sharing it with North Americans in her magnum opus, Mastering the Art of French Cooking. But perhaps just as notable was the amazing love she shared with her husband, Paul.

Meeting and falling in love in China during war time, they were married relatively later in life and forged a deep and supportive partnership. Julia wrote about her marriage: “We had a happy marriage because we were together all the time.”

The love Julia and Paul shared is perhaps best remembered through their annual Valentine’s Day cards sent to family and friends where they would pose for photos in silly and romantic settings (like in a bath).

Hollywood relationships seem to have their challenges. It’s not difficult to see why — the pressures of acting and filmmaking (along with the egos involved with being constantly in the spotlight) might make romantic love difficult to sustain. But this was not the case for Joanne Woodward and Paul Newman.

Joanne and Paul met while filming the 1955 romance film Picnic, and were married shortly after filming the 1958 movie Long Hot Summer. They remained happily married for the better part of half a century, eventually stepping out of the spotlight in Hollywood to raise their family in Connecticut.

One of the strongest testaments to enduring love is weathering the highs and lows of a marriage and working past obstacles together. In the case of June Carter and Johnny Cash, it was their struggles and eventual success of addiction that truly defines their love stories as one of history’s greats.

Originally meeting at the Grand Ole Opry house, both June and Johnny were already country music stars in their ascendance. They got married in 1968, and successfully recorded Grammy award winning music together. The real struggles began as Johnny’s drug addiction worsened. Luckily, June stuck through some dark days and helped Johnny recover.

They remained together their entire lives and only died a few months apart from each other. One time, when asked what his definition of paradise was, Johnny Cash said about June, “This morning, with her, having coffee.”

Sometimes it can seem that Valentine’s Day is a bit commercial with the heart shaped boxes and confectionery. But it also serves as a useful moment to remember how wonderful romantic love can be and celebrate the people who experienced it most completely.

Don’t forget your love of food either! Browse are delicious and nutritious meals by visiting: www.hearttohomemeals.ca